February 14, 1929 – The Burlington Transportation Company was started in Burlington, Iowa by the Chicago Burlington Quincy (CBQ) Railroad.  The railroad division concentrated on freight and the bus line on passenger travel.  The Burlington Lines, as the bus division was called, was one bus running on Highway 34 between Burlington and Galesburg.  By the end of the year buses were covering 858 road miles.

17 bus lines covered 1,024 miles of bus routes with each bus carrying a maximum of 21 passengers.

Service added to Omaha and Denver.  Operated from 300 South Main in Burlington.

Service from Chicago to California added.  Burlington Lines was now covering 735,000 bus miles per month.  The Motor Carriers Act of 1935 slowed the bus lines growth as restrictions were placed on railroad companies’ ownership of bus lines.

February 2, 1936 - Burlington Trailways became a founding member of the National Trailways Bus System (NTB). NTB, consisting of five bus lines, was formed to compete with the Greyhound Bus Lines and was the first organization to support and promote independent motor coach owners and operators.

38 new busses were purchased, and the headquarters were moved to 215 Valley Street in Burlington.

25 air conditioned buses were purchased.  All buses were run on diesel fuel.  Buses were covering 1,225,000 miles a month.

The National Trailways Bus System was booming in Iowa. At the time, Ron Moore’s father was starting Arrow Trailways in New Jersey.

The busses were traveling 20.9 million miles per year.

Ron and Lori Moore sold the New Jersey family business to move to Burlington, Iowa and acquired the operating authority to certain Iowa and Missouri routes from Continental Trailways.  The depot was located at Fairway Center in Burlington.  The Moores’ renamed the business Burlington Trailways, which had been gone for 29 years.  Starting with 4 buses and 11 employees, Trailways served passengers with daily runs from Cedar Rapids to St. Louis and Des Moines to Peoria.  Trailways received the U.S. Department of Defense certification, one of only 460 companies out of over 4,000 to receive this.

The general office and all maintenance facilities were consolidated to one location, 906 Broadway in West Burlington.

Burlington Trailways had increased to 8 buses, 23 staff and 12 drivers.

A new extensive Driver’s Training Program was introduced that continues today and is much more extensive than even federally mandated.

The red and white color scheme was adopted on the 13 buses.  Routes included Omaha to Chicago, Cedar Rapids to St. Louis and Davenport to Indianapolis.

A new depot and 6,000 square feet of office space was built at the 906 Broadway, West Burlington location.  The existing building, located next door, continues to house the company’s maintenance shop and parts room.  Burlington Trailways does all of their own heavy maintenance to the busses including rebuilding our engines.  The only things Burlington Trailways does not do on-site are body work and the rebuilding of automatic transmissions. Instead, the automatic transmissions are exchanged out.

Trailways went online with the ability to purchase tickets, view routes, and look up tours offered.  Buses were running 1.7million miles a year.

Trailways adds Denver to Chicago, Des Moines to Waterloo, Dubuque to Rockford and Chicago.  The busses traveled over 5,000 miles daily.

Trailways becomes the test company for Global Positioning System (GPS).  The Trailways Voyager System was installed throughout the fleet. The system is unique in that it is used for tracking and monitoring the vehicles at any place and any time from the internet.  The Voyager System can tell if a bus is parked or running, how fast it is traveling, how close the bus is to surroundings, and where the bus is located.  The Trailways network is the only transportation company currently with this technology.

Plans are under way to expand Trailways offerings and update the facilities.

Burlington Trailways held a groundbreaking ceremony in November for its new facility in West Burlington.  The facility will house the company’s administrative offices and will provide the company with adequate space to service and repair its growing bus feet.  The new project is expected to cost approximately $3.6 million and create 25 new jobs within two years.  The expansion will enable the company to provide quality service to the 206,000 passenger it serves annually.

In the middle of May, the expansion for the new facility was completed.

The 59,000 square foot building houses six bays for working on coaches, which includes one wash bay, one inspection bay, one body shop bay and a paint booth.  The south end of the facility holds 14 offices, four dormitory rooms, several counter areas, specialty rooms, rest-rooms and furnace and storage space. Burlington Trailways used to send their coaches out for body work, but now we can do it in-house along with painting the rebuilt parts. Drivers who need to spend the night in Burlington are provided with a dormitory room equipped with a bed, dresser, end table, lamps and a shower.  A lounge area allows drivers to watch television or eat a snack. Everything is now located on one level for the mechanics; in the old maintenance building they had to retrieve parts on the second floor, but now the parts room will be right next to the work bays.  Tires, which used to be stored outside, will be stocked in the parts room.  Every part used on the bus will be in complete inventory.  The company bought a $37,000 alignment machine to add to the maintenance shop.  Before, Burlington Trailways used to have the axles of the buses aligned by other companies, which proved expensive and inefficient.  The new machine should save the company money on several levels.  Burlington Trailways has expanded their dispatch with three computers and five screens for monitoring weather and following the progress of drivers through GPS.  Each bus has several cameras for security purposes.  If the bus has a mechanical problem or trouble with an unruly passenger, the driver can push a button to alert Highway Watch. Burlington Trailways is applying a great deal of safety measures in according to the Transportation Security Administration, including a tall chain-link fence around the headquarters.

In July, Burlington Trailways introduced their mobile driving stimulator classroom.  It’s a fully functional motorcoach that has the mobility to go anywhere.  This gives drivers training where they can experience all road traffic, road conditions, and hazards in a controlled environment. 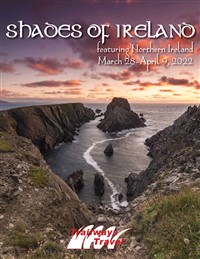 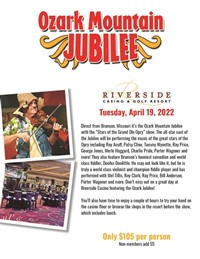 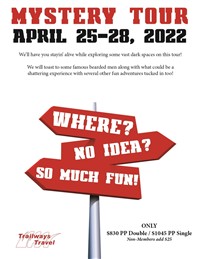 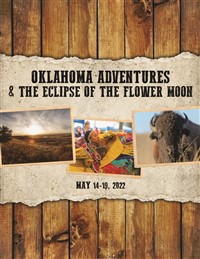 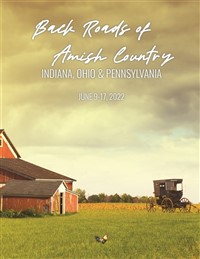 The Back Roads of Amish Country 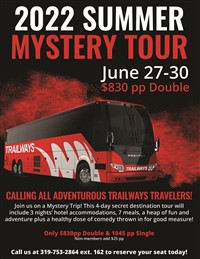 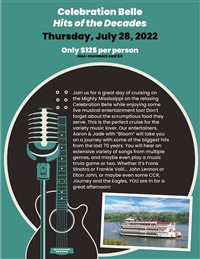 Celebration Belle - Hits of the Decades 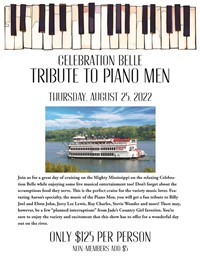 Iceland - The Land of Fire & Ice 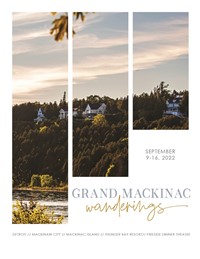 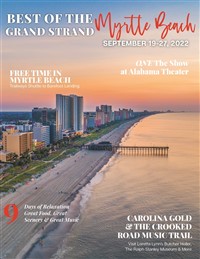 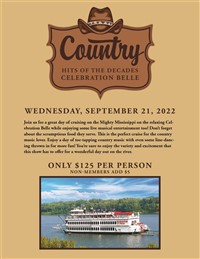 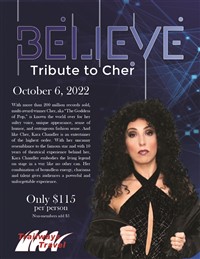 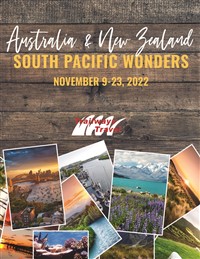 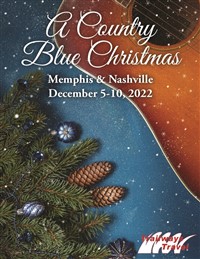 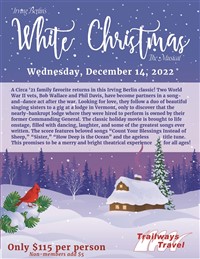 White Christmas at Circa '21 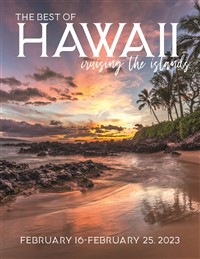 The Best of Hawaii - Cruising the Islands 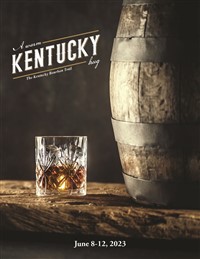